Clwyd South AM Ken Skates has written to Gary Doherty, chief executive of Betsi Cadwaladr University Health Board, after it emerged the £52,000 Rural Support Payment grant to Corwen Family Practice could be withdrawn. 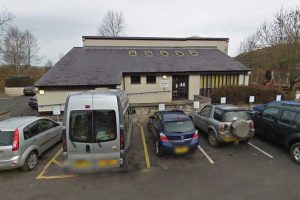 “I have been contacted by several constituents who are deeply concerned about the planned removal of this funding,” said Mr Skates.

“Patients are worried it could mean longer waiting times and a reduction in – or even a loss of – services and the potential knock-on effect which could contribute to increasing pressure on our local hospitals.

Mr Skates said Corwen Family Practice, which has around 4,000 patients on its books, covers a wide, sparsely populated patch and the ‘vital’ Rural Support Payment helps the surgery reach out to residents in remote areas.

He added: “On behalf of my constituents, I would urge the health board to reconsider withdrawing this funding.  I have contacted the practice and will work with them and BCUHB to try and help resolve this important issue.”

Last year, following a campaign for further investment in Corwen, Mr Skates secured a commitment from the heath board that £1.25m will be spent to improve and modernise the existing premises in the town centre.

It was confirmed late last year that the makeover will include extra GP consultation rooms, improved waiting areas and a new dental suite, with work due be completed in early 2018. A range of community services will also be based in the new-look building, including health visitors and district nursing.