Member of the Senedd Ken Skates will lead a new cross-party Welsh Parliament group set up to help improve the nation’s mental health.

The Clwyd South MS will work with leading charity Mind Cymru and was formally elected as chair of the Cross-Party Group on Mental Health at its inaugural meeting this week (Wednesday).

Mr Skates said: “Mental health is a subject close to my heart, and I’m pleased that the Welsh Government has dedicated more and more funding to it in recent years. I was particularly proud to see the First Minister appoint a dedicated Minister for Mental Health and Wellbeing in May.

“The last year or so has been an incredibly tough period for so many people, with real strain put on our mental health, so there has never been a more important time to ensure we keep this issue high on the agenda and keep coming up with ideas.” 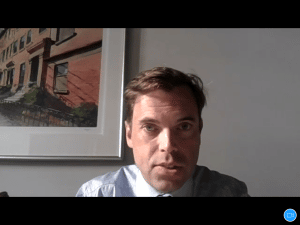 Mr Skates told the first meeting of the group that members have an important role to play in shaping debate and offering strong representation to the Welsh Government.

Invitations were sent to all Members of the Senedd and other stakeholders such as Samaritans, Papyrus UK and Time to Change Wales. More than 30 people and charitable organisations attended.

Cross-Party Groups can be set up by any Members of the Welsh Parliament in respect of any subject area relevant to the Senedd. A group must include representatives from at least three political party groups within the Senedd.

Mr Skates added: “I thought it was a really productive first meeting, with some very meaningful discussion and feedback. I look forward to working with Members from across the political spectrum to discuss and drive ideas to improve Wales’ mental health.”